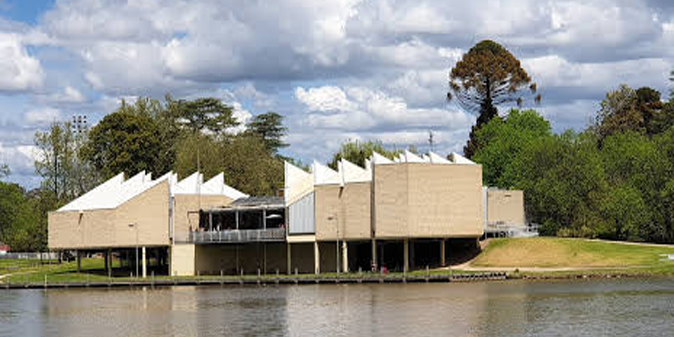 Lake Benalla, an artificial lake located in Benalla in the High Country region of Victoria, Australia, was created in the 1970s. In 2010, more than one hundred residents surrounding the lake were evacuated from their homes at Benalla. The river peaked in the city at 4.1 metres which was 40 centimetres above its major flood level.

Benalla Art Gallery is a public art gallery in the regional town of Benalla, Victoria, Australia. The Benalla Art Gallery is a free, public gallery in Benalla, which opened in 1975. Victoria's Herald Sun newspaper described it in 2013 as one of Victoria's top ten regional galleries, with a "striking modernist building". The gallery complex was designed by Colin Munro and Philip Sargeant.